Eclipse SCF (“Ava”) is a 16.3 H 2009 bay Dutch Warmblood mare by Balou du Rouet out of the full sister to Beezie Madden’s Judgement ISF.  Balou is the son of three time World Cup winner and two time Olympic medal winner (individual gold 2004, team bronze 2000), Baloubet du Rouet.  Balou is now a leading hunter and jumper sire.  Eclipse’s dam, Nova Keur, is the full sister to Judgment ISF, who among many other accomplishments, was a member of 10 Nation’s Cup teams and National Champion at Spruce Meadows 4 times before retiring sound at age 18.  Nova had the top under saddle IBOP score of the year at the 1999 KWPN-NA keuring.

Eclipse was the #4 jumper bred Dutch Warmblood foal in North America at the KWPN-NA keuring in 2009.  At age 3, she was the North American Reserve Champion jumper mare (ages 3-7) based on her conformation, free movement and free jumping.  At age 5, Eclipse was the North American champion of the jumper IBOP testing with an impressive score of 79.5.  She also earned the elite status based on performance and passing stallion level radiographs/endoscopy.  She is currently showing successfully in both hunters and jumpers at A shows.  She has amazing, consistent form with the scope and ability for the upper levels.

Eclipse produced an amazing colt by Cornet Obolensky (being retained as a stallion prospect) who was jumper foal site champion of his KWPN-NA inspection. Eclipse is in foal to the extremely talented Rio Olympic horse, Emerald.  This foal is sure to have lots of chrome and lots of jump! 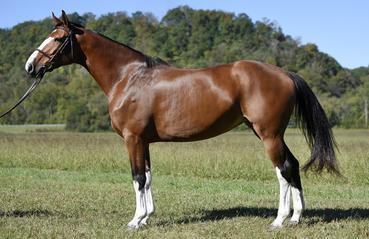 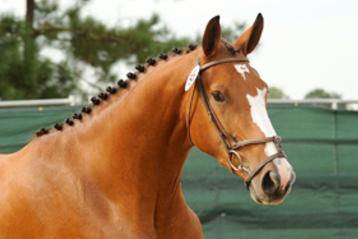 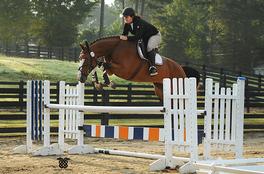 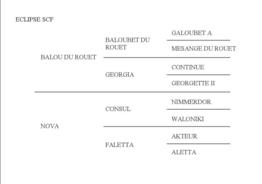