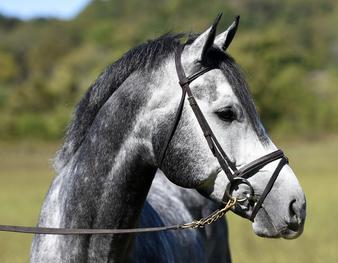 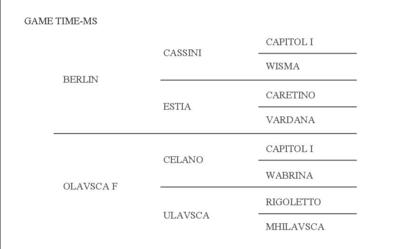 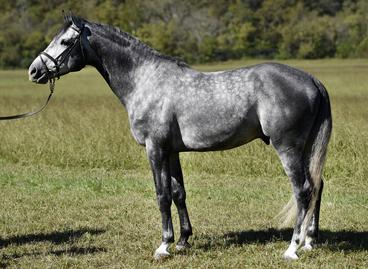 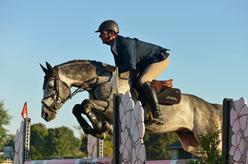 Game Time is a Dutch Warmblood stallion with a world class pedigree:  Eurocommerce Berlin x Celano x Rigoletto.  The sire, Berlin, has a long list of accomplishments that include World Equestrian gold medal (2006), European Championship gold medal (2007), Dutch Champion (2006), and multiple Nation Cup wins.
Game Time's dam, Olavsca Fortuna (pref sport, Keur), is by Celano who is the sire of Kent Farrington's wildly talented Grand Prix horse, Uceko.  She herself was a 1.30 jumper and is the grand dam of a 2010 USEF HOY champion conformation hunter and an approved jumper stallion added to the VDL Stud collection.  Olavsca's dam, Ulavsca Fortuna, produced an Olympic horse, Gandor Fortuna.
Game Time's full brother was accepted for the KWPN stallion performance test in the Netherlands but was sold to Germany prior to testing. He was then imported to the US and went on to become a hunter derby horse with a top American rider. Game Time’s half brother, Quattro (by Quasimodo Z), is an international Grand Prix horse who competed at WEG with Daniel Bedoya.
Game Time shows excellent scope and ability and has competed up to 1.35 with our sights set on 1.40-1.45 this year.  He has beautiful movement and carriage.  As a 4 YO at the National YHS Finals, he was Reserve Champion in both free jumping and free movement (competing against dressage horses as well).  His free jumping score was a 9.02, the second highest score of the entire show.  He has also competed in YJC classes and qualified for YJC finals.