Minuet du Cornet HMS (“Mick”) is a 2017 bay Dutch Warmblood colt by Cornet Obolensky and out of Eclipse SCF by Balou du Rouet.  Cornet Obolensky (Clinton x Heartbreaker) needs no introduction.  With multiple international grand prix wins and extremely successful offspring, he has proven himself not only in sport but also as a sire.

Dam, Eclipse SCF, is an elite KWPN-NA mare by Balou du Rouet and out of a full sister to Judgement ISF.  She was North American champion of her IBOP.  More information is available on her page. 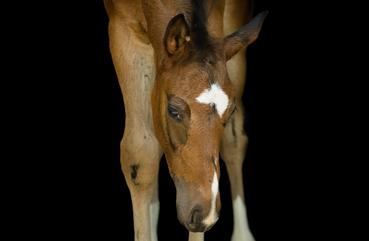 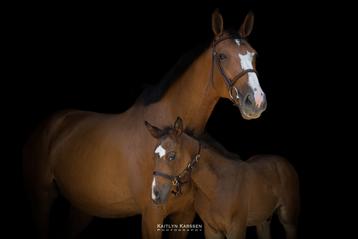